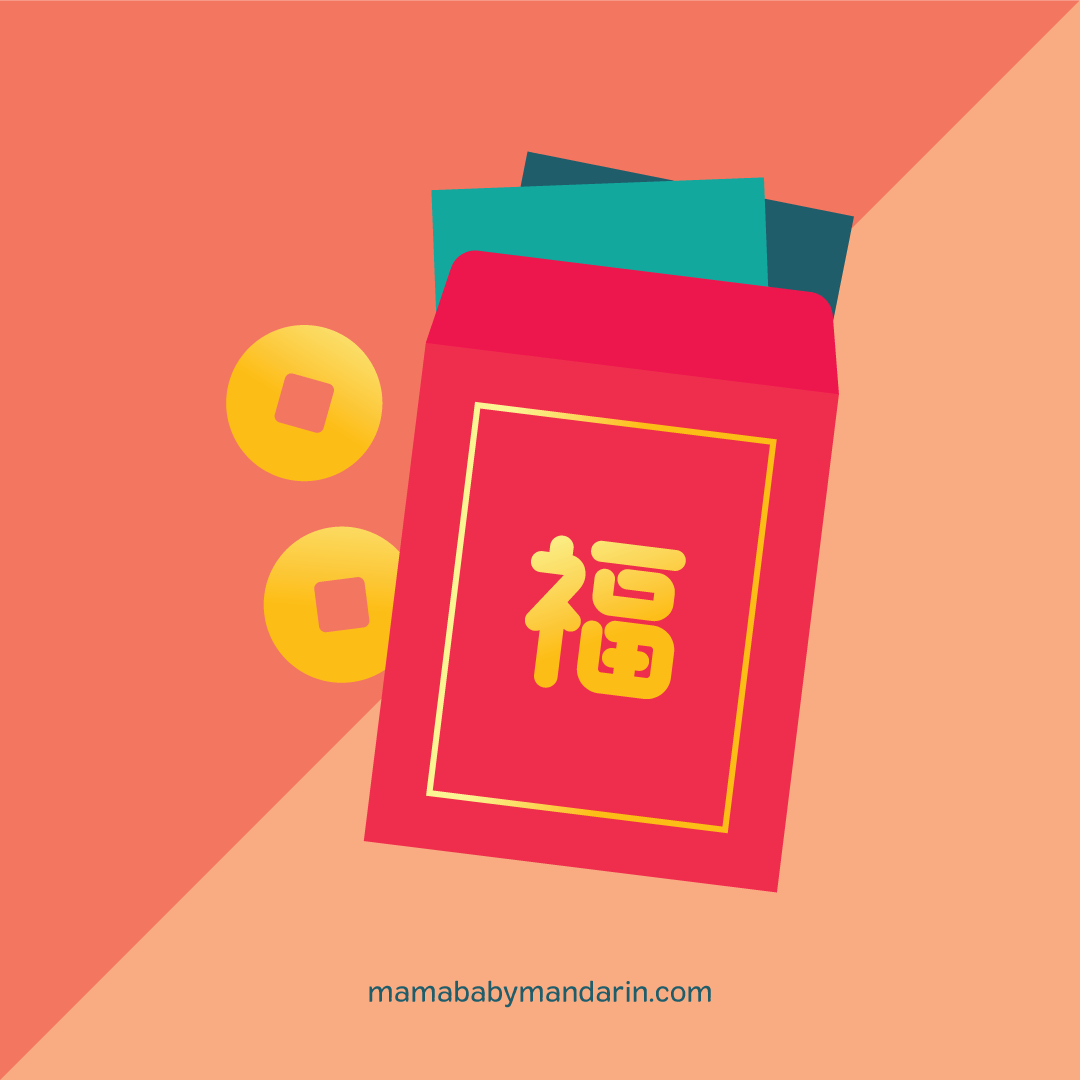 When I was little my mom had a sword made of coins. I’m sure it was just a trinket from a souvenir shop, but to me, it had special powers to keep me safe at night. In Chinese culture, coins are believed to ward off spirits and demons.

As the legend goes, there is a monster named 祟 [Suì] which literally translates to “terrible”. He visits sleeping children on New Year’s Eve and brings fever and illness. Shiny coins scare off 祟 [Suì] so it became a tradition to give children coins in 紅包 [hóngbāo] (red envelopes). This lucky money is called 壓歲錢 [yā suì qián]. The character 歲 has the same pronunciation as 祟, therefore 壓歲錢 [yā suì qián] sounds like you are saying “money to push off Sui”.

How much money should I give?

Always give what you are comfortable with. This is meant to be a fun tradition for children to celebrate the new year. Red envelopes are given to pass on good fortune to the younger generation. In Taiwan, it is common to give children 200 NT or $600 NT, about $7 and $20 USD respectively. In the U.S. you can give $6 (six $1 bills) or $8 (eight $1 bills). A very generous amount would be $88 for older children or $888 for adults.

The numbers 6 and 8 are lucky numbers in Chinese culture because of the way they sound. In Mandarin, eight is pronounced [bā] and is considered a lucky number because it sounds like 發 [fā], which means “get rich”. The number six has the same pronunciation as 流 [liù], which means “flow” and represents a smooth flow of luck and prosperity into one’s life.

Should I give coins or bills?

Coins are acceptable for young children. For older children, crisp new bills are preferred because they represent a new beginning for the new year. My children have also received lucky coins. They are inexpensive and cannot be used as currency but are a fun novelty item for adults and children.

Avoid amounts that include an odd digit or the number four as they are considered unlucky numbers and are associated with funerals and death. An example would be $30 or $50 which are even numbers but considered unlucky because they contain an odd digit numeral. Do not give an odd number of bills. For example, it’s ok to give two $1 bills or six $1 bills.

Hope you found this quick guide to giving red envelopes to children helpful! Below are some of the Chinese vocabulary mentioned above.

Looking for Chinese New Year and Lunar New Year activites? Check out my blog post for easy decorations to make with the kids.

Affiliate Disclaimer: This post may contain Amazon.com links to products where I can earn a small commission if you make a purchase. The commission is very small but helps to supplement the cost of our Chinese education and managing this blog. Thank you for using my affiliate links.